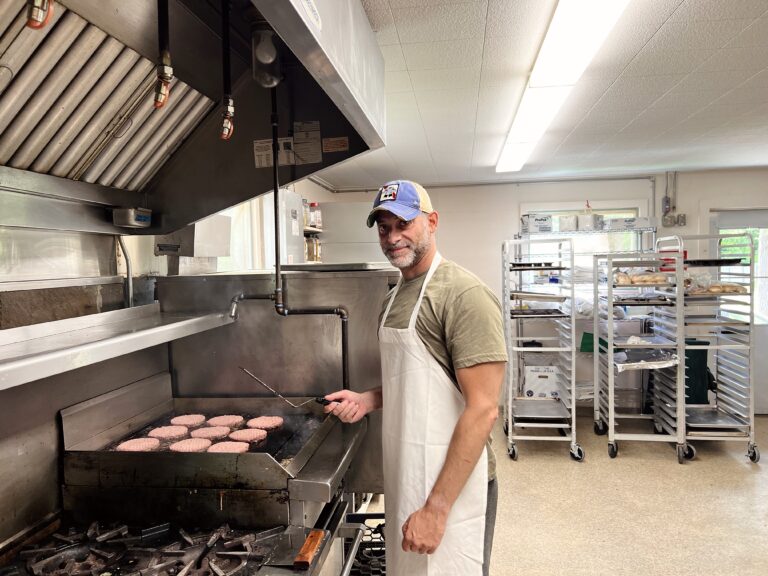 Joel Dallow hosts the Cello Sherpa podcast (available at thecellosherpa.com), which explores the climb from intermediate musician to professional stage. Joel recently interviewed Tony Mazzocchi, co-director of Kinhaven. The following is an edited version of their conversation.

Joel: Kinhaven’s culture reflects its strong belief in the benefits of shared learning, mutual support, friendship, community, and diversity. How do you go about creating an environment that lives up to this unique and bold mission?

Tony: Kinhaven was founded in 1952. Our founder, David Dushkin, believed strongly that children who have a common passion, in this case music, when they’re removed from their environment that has all of these distractions and compromises and conflicts that are most likely undermining their gifts, and they are placed with each other with that shared passion in nature for many weeks, can live with music and be transformed through that. Inherent in that is what you mentioned. It is non-competitive, meaning that we have far more students who apply to Kinhaven that we can accept, but that’s where the competition ends. We create a community where the sum of all parts is greater than the individual. That’s very different than how I was trained as a musician.

Joel: What do you look for in a potential student when they audition for Kinhaven?

Tony: Kinhaven has grown in musical rigor. So students need to be playing at a certain level. But from there, there’s no cookie-cutter student. Really, every student who comes to Kinhaven is an outlier in their regular places, just because of their interests. I mean, how many students in one school do you find highly interested in classical music? And they come here, it’s a real melting pot, all different backgrounds, all different types of kid, but they all share that passion with one another, and they learn to deal with their differences. We have students from all over the socioeconomic spectrum. I have a deep passion for equalizing the environment as far as diversity in the field and bringing students from underrepresented backgrounds and underserved communities. I just watch them and know that when they get done with Kinhaven, they’re going to be a different kid. That’s the fun part.

Joel: What percentage of the student population is considering pursuing a path in music professionally?

Tony: I would say the majority of the students think they may want to go into music. When they’re done with the summer, there are more than there were when the summer started, but there were also students who are deeply involved in other aspects of their lives, and music just plays a crucial part, and they go on to do all sorts of things. Writers, artists, doctors, lawyers, everything in between. But that time that they had at Kinhaven was pivotal. And that’s why Kinhaven can be a training ground for young musicians if that’s what they want. But it really is a place of balance where there is deep immersion in music, and then there’s deep immersion in just other humans in nature. And usually that’s kind of split from the first half of the day to the second half of the day.

Now the second half of the day of students who want to practice another four hours can, and sometimes they do. But I think that time where they’re just getting to really experience themselves surface because they’re so busy during the year. Some of their schedules are so hyper-regulated by others, and they come here and there’s a lot of freedom. Sometimes it’s more than they’re used to, or even can handle for a while, and we deal with that. But they have a chance over time to really find themselves, and you never know what’s going to happen as far as what that does on their path.

Joel: You have a selection process for chamber music that is also unique. How does that work?

We have a baseline. We call it an audition at the beginning of camp, but it’s really that we want everybody to hear them play. And the faculty get together and over many hours deliberate and find a repertoire that’s form-fit for each student and find other students who are form-fit for that group, that will take them from point A to point B that week. Then there’s a performance at the end of the week. They sight read it on Monday and they’re performing it on Friday.

And then another group is made the next week. It’s very student-centric, and when you watch your faculty talking about each student, you realize that what we’ve created is an environment where the faculty and students really get to know each other. It’s not like when we were kids, you see your teacher once a week for that hour or less, and you’re like, see you later. We’re eating with them family style around the table, and kids are asking me about what I do for a living or what kind of music I like. And it’s that fine line between teacher-mentor and future colleague. And it is future colleague, because we have former Kinhaven students who work at Kinhaven and teach with us at Kinhaven.

Joel: Sounds like a great place. Makes me want to go back to being a student and go back to camp.