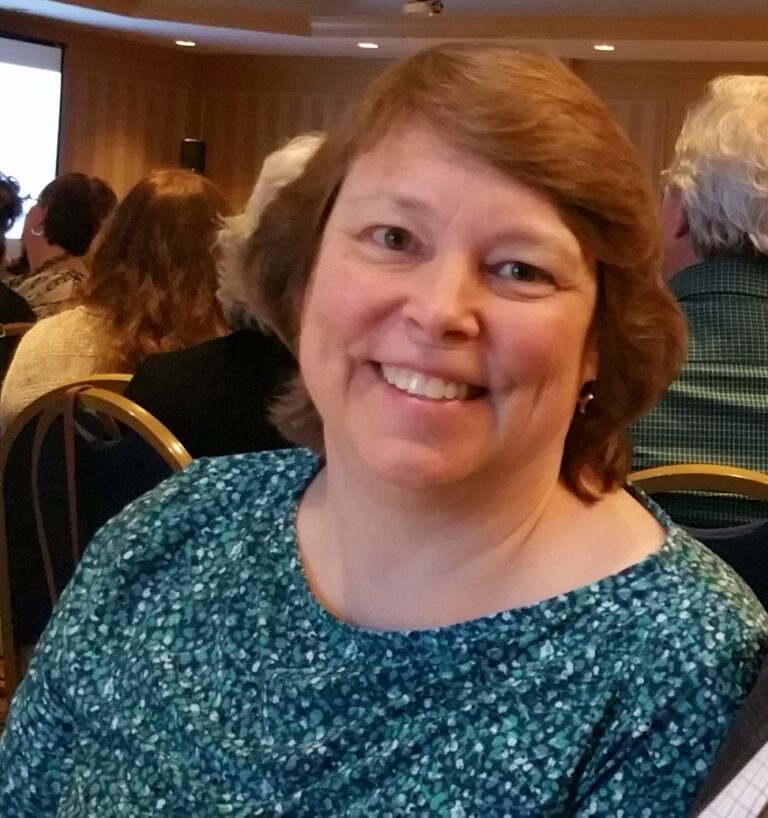 Jayne (Davies) Tessitore (clarinet, ’78–’79) is one of the relatively few campers who attended Kinhaven from Vermont. Now living in Essex Junction, Jayne works for a local school district, where she bills Medicaid for services provided to eligible special education students. Originally trained as a pathologists’ assistant (similar to a physician assistant), Jayne also devotes a portion of her workweek to a surgical pathology laboratory, where she processes diagnostic tissues from the OR and physicians’ offices.

Jayne says that while attending camp in bucolic Vermont was not necessarily a huge change of scene, it was nevertheless eye-opening to be exposed to students from other places and who had relatively greater exposure to high-quality music programs. “Many had attended Juilliard prep or other high-level programs, and it just wasn’t the same in Vermont. At that time, we had VYO [Vermont Youth Orchestra] and string training orchestra, but not much else for students to participate in classical music and orchestral programming,” she says. Consequently – and especially as a high school student – the idea “that there was a whole group of people just like us” was refreshing.

Reflecting on the experience, Jayne says she “circles back to things that might not have been lightbulb moments. You can work and perform but also stumble and pick yourself up.” She also remembers some of the less formally preserved traditions that make Kinhaven unique, such as the excitement and sadness of the last concert and leaving the Concert Hall afterward with no clapping, “the sound of music as your last Kinhaven memory.”

Kinhaven offered opportunities to meet people from differing backgrounds. Jayne remembers seeing a fellow student during opening weekend, “who was totally in his shell and out of his element.” She asked him where in New York he was from and figured she would know his town since she knew the state well and had visited the city many times. He said he lived on 73rd street. As her grandfathers had both commuted to the city from Westchester County, she figured that’s what everyone did. “It had never occurred to me that someone might actually live in the city!”

Outside of supporting budding professional musicians, there’s a great deal people can learn from their interactions at Kinhaven, Jayne says, “musically by working in a group for a week toward a shared goal of performing a piece, or just learning to get along working in the kitchen or running tables.” In this respect, Kinhaven is a great leveler. During her summer there, the children of some famous performers were also attending, “and we were oblivious to that – we were all on the same level playing field.”

Kinhaven is special, “not only to me as a person but as a Vermont treasure, a place I think people should know about.” Jayne talks about it to young people who play instruments, stressing that it’s different from other camps that might be better known but may have a more competitive edge to the experience. She also recommends summer trips to Kinhaven for the weekend concerts to her friends and colleagues who are musically inclined.

Kinhaven is like an undiscovered gem, she says, though she admits that despite Vermont’s small size there may be others. For example, her daughter recently got married in Chittenden VT, a town she’d never heard of, though not all that far from Weston. “Kinhaven’s also like that,” she says.

Prior to the pandemic, Jayne took her parents on a daytrip to a show at the Weston Playhouse. While in Weston, they enjoyed a visit to the Vermont Country Store and a drive by Kinhaven as well. “It was late afternoon and there were kids walking back from downtown. That brought back memories and a sense of continuity.”