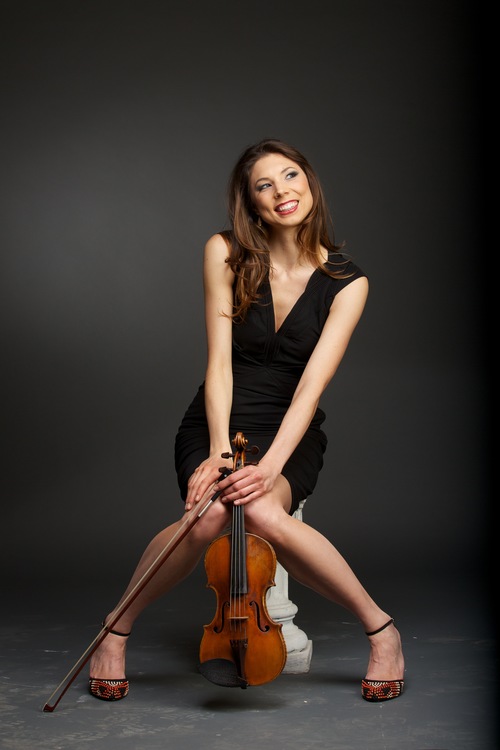 Sarah and I grew up attending Kinhaven Music School together in the 1990s. I recently had the privilege of reconnecting with Sarah and talking about our Kinhaven memories and our continued musical journeys since our childhood.

“As a young kid going to a camp like Kinhaven, I don’t think I realized how special and unique it was to learn dances and madrigals together until later in life. It’s those special traditions that were magical.” Sarah has many fond memories from her summers. I listened to her talk about folk dancing, madrigals, Wally Wampus, and chamber coaching with Ken Kwo, and could hear her excitement while revisiting these memories. As we spoke, our pasts were coming back to life, and we agreed that the magic that we experienced as young students is very much a part of who we have become. We carry snapshots of these moments that bring back such joy. Sharing these stories of how Kinhaven served as such an integral part of our development really spoke to one truth, that there really is no other place quite as special as Kinhaven.

Sarah vividly remembers the community and the bond that all Kinhavenites share. With its strong traditions of performing diﬃcult music, amazing food, and quirky games and events, current students and alumni have an understanding not shared by any other. We remembered how we were challenged to perform music that was perhaps more complex than what we were learning in school, but with a guidance that was nurturing, not stressful. “They really instilled confidence in us to do very diﬃcult things. I remember when I was assigned a diﬃcult piece, I asked, can I do this? Of course, I succeeded because the support was so incredible and, moreover, because of the love that is shown to each individual.” One of Sarah’s memories is of the time she performed the solo in Shostakovich No. 5 with Itzhak Perlman in the audience, who was visiting his daughter, a Kinhaven student at the time. “I was so excited knowing he was there and then getting to meet him afterwards.” As children, we would often meet our heroes and make new ones in our supportive faculty and staﬀ.

To this day Sarah supports Kinhaven and its mission because, as she says, “Kinhaven nurtures a special type of musician. The focus on the music and playing at a high level is important, but it’s so much more than that. The support from the community and a caring faculty is a magical environment to be a part of.”

After receiving degrees in violin performance from University of Michigan and Cleveland Institute of Music, Sarah moved to New York City to join Sybarite5, a string quintet that has been described as “Equal parts passion, grit, and musical ecstasy” and “an intoxicating cocktail of post-genre musical goodness.” Keeping busy with many projects, Sarah has created her own concert series, lectures at conservatories and universities, and has put energy into becoming a musicians’ coach, guiding musicians to create the career they want, bounce back from setbacks, and become empowered in their lives.