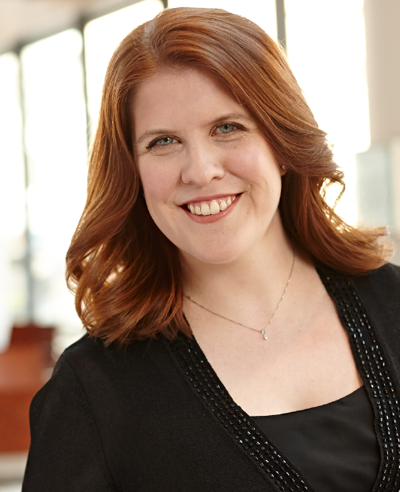 “My four years at Kinhaven were really meaningful to me and definitely fostered my love of music and shaped who I am today,” says Minnesota Orchestra Concertmaster Erin Keefe (’90–’93), reflecting on her time at Kinhaven, which first introduced her to chamber music.

For Erin, Kinhaven was about becoming a better musician but also a more well-rounded person. The level of support and community she felt at Kinhaven was unparalleled and something she keeps near and dear today. “Your musical experiences early on are fundamental to your understanding of the field. And because it was such a communal place, non-competitive, and very supportive, it fostered the whole person.”

In other words, it wasn’t just the music, it was everything. “It’s really important for kids to feel that sort of support in a community. We all come from different backgrounds, but to be able to come together and become so close over a period of weeks is special.”

A versatile and accomplished violinist, Erin has won competitions, awards, and grants, including the Avery Fisher Career Grant and the Pro Musica International Award. From 2006 to 2009, she was a member of the Bowers Program, and she has been an artist of the Chamber Music Society of Lincoln Center since 2010, where she performs locally and globally.

Erin’s recitals have brought her all over the world and across the United States. Her performances as soloist have included collaborations with the New York City Ballet Orchestra, Minnesota Orchestra, New Mexico Symphony, and others.  With a reputation as an artist who “combines exhilarating temperament and fierce integrity,” she became concertmaster of the Minnesota Orchestra in 2011, winning the Elbert L. Carpenter Chair.  She has also appeared as a guest concertmaster with the New York Philharmonic and other major orchestras.

As Erin looks back on her musical journey, she fondly remembers Kinhaven as the influential place that propelled her into the world of chamber music. Her first experience was working with Sandy Dennis (co-director of Junior Session), who coached her in a Mozart piano trio. “That was eye-opening because it’s a different way of music-making, of decision making.” This and other experiences deeply impacted Erin and fostered her love of chamber music. “For the first part of my career, I focused on chamber music and became involved in the Chamber Music Society of Lincoln Center.”

Like all Kinhavenites, Erin recalls swimming in the freezing pond, ping pong tournaments, hill-sitting with friends, watching her peers perform from the loft and, especially, the amazing food.  “Musicians are foodies, and it says quite a lot about the quality of the food for that to still be one of the first things I think about when reflecting on Kinhaven,” she says.

Kinhaven’s sense of community is so intertwined with music that many of Erin’s close friends date back to that time and have stayed in her life. Indeed, she still performs with some of her Kinhaven colleagues, including Jessie Mills.  “Kinhaven’s community aspect was, and remains, so important: everything very much made you feel like a family.”

She has also maintained close friendships with Junior Session Co-Directors Marty Knieriem and Sandy Dennis. “Staying in touch with Marty and Sandy has been so great: I’ve known them now for over thirty years. They were, and are, so supportive and influential. It’s really nice to know and be in touch with people who have known you in so many different phases of your life.”

When we look back at our lives and the people we spent time with, some memories stand out. For Erin, “Kinhaven was eye-opening, as it fostered my love of chamber music and created a sense of community that exists to this day with many of my former campers.” That’s why she and so many others who have been impacted by Kinhaven continue to support it. No matter where life takes us or how much the world changes, Kinhaven will always connect us and will always be home.