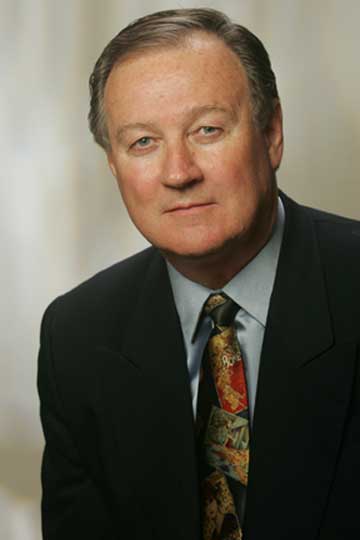 We are lucky to have David Buck join Kinhaven again this summer as a guest conductor in the Senior Session. We caught up with David recently to learn more about his career, his love for Kinhaven, and what he listens to in his free time.

Q: You’ve worked with symphonies and operas all over the world. Where is your favorite place to perform?

A: That is easy: Kinhaven! I have also enjoyed performing in New York at Avery Fisher. New York audiences are very knowledgeable and responsive. On the other hand, I watched a Berlin audience boo and throw coins on the stage during a performance of Gotterdammerung after a performer fought through a terrible cold to sing the first performance. My trips to Asia were also very special. I loved the Shanghai and Shijiazhuang (Hebei province) operas. The players were so eager to make music together! The Shanghai concert took place in what was originally a Jewish temple built in the 1920s, I believe. The concert in Shijiazhuang took place in an old Western-style concert hall that had no heat and hadn’t been renovated. One consistently bad aspect of conducting in Asia, and that includes my experiences in Taiwan, Korea, and China, was traffic. If you think New York traffic is bad, I give you Taipei, Seoul, or Shanghai for comparison. Yet I do remember an incident in when my New York taxi driver drove on the sidewalk to get me to Carnegie Hall on time!

Q: You’ve been at Kinhaven for a few summers now. What keeps you coming back?

A: The kids! I call them kids because I love them like they are my own children. Kinhaven is a magical place. I know this is often said by Kinhaven people. I certainly heard it from Tony and Debbie for many years before I joined the faculty. I believe this emanates from the power of music to draw all into a kind of spiritual bond. This bond lives long after leaving Kinhaven (as I have witnessed among musicians who attended decades ago). It is very rewarding for a conductor to work with musicians who give their all, especially young ones. There is the aspect of musical awakening at Kinhaven. I love to see the excitement in the faces as the kids gain control of a major orchestral work. I love seeing the camaraderie in the dining hall, in the dancing, the singing, the chamber music, the master classes. All elements of Kinhaven serve one purpose…the love of each other. That is the magic!

A: I’ve spent periods of my musical life when a composer dominated my listening time, but I can’t say I have favored one above all others. I love listening to recorded music though. When we lived in Rhode Island we were given a set of very special speakers. There are only 11 in the world. Six are in the Deutsche Oper Berlin, and five in the US. Two are still ours and we listen to them habitually. They are about the size of a coffin. When we carried them to our station wagon upon taking ownership it was raining. So we covered them with sheets. Cars stopped to see the macabre scene believing that we were…well, you get the idea! One recording I will call attention to is the Toscanini performance of Schubert’s C Major Symphony No. 9, recorded with the Philadelphia Orchestra in 1941. It remains a powerful influence on me.

Q: If you could only eat one meal every day for the rest of your life, what would it be?

A: That is a hard one. I was raised on meat, potatoes, and gravy. But I also love apricots. So it would have to be apricot pie after a bistecca fiorentina or pasta with a fine chianti.

David Buck will be returning to Kinhaven this summer. See him conduct at one of our free summer concerts!