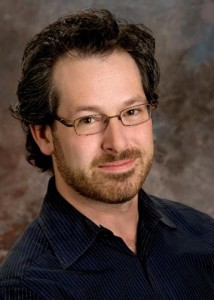 Focused on inspiring and educating young musicians, Simon Lipskar has conducted the New Jersey Youth Symphony Youth Orchestra since 2006. During summers Simon conducts at the Kinhaven Music School, where he was a student himself as a teenager.

Simon received his master’s in orchestral conducting from the San Francisco Conservatory of Music, where he studied under Michael Morgan and Denis de Coteau and was awarded the conducting department award in honor of outstanding contributions to the conservatory ensembles.

A graduate of Yale University with a B.A. in religious studies, Simon was a Juilliard pre-college violinist, pianist, and composer and was an award-winning chamber musician as a teenager, performing in Alice Tully Hall among other venues.

Alongside his work with young orchestral musicians, Simon is president of Writers House, a leading literary agency in New York, where he represents many bestselling and award-winning authors.

Q: You’ve been conductor of the New Jersey Youth Symphony Orchestra for over ten years! What is your favorite thing about working with young musicians?

A: What I love most is the willingness of young musicians to join with me in fearlessly pursuing beauty, letting go of the social, personal, and psychological barriers to expressivity and discovering together that the true joy of and in music comes from abandoning all resistance to the passion and ideas of the extraordinary art we make together.

Q: You were a student at Kinhaven before you came back as a conductor. What keeps you coming back?

A: I love Kinhaven madly, crazily, passionately. Music at Kinhaven is not simply something to study but a fact of life. Music is the lifeblood of this beautiful community of musicians and you feel it in everything, from the committed rehearsals of chamber music, the singing that closes every day but that might spontaneously erupt at any time, the exuberant, irrepressible dancing that follows the amazing weekly faculty concerts. The simple joy that the extraordinary faculty and students share in making music together is enthralling. I consider my two weeks at Kinhaven the highlight of every year: they revitalize my faith in the importance and possibility of music.

A: Oh, that’s terribly unfair! I listen to so much music, of all kinds. The best I can do is tell you which albums have been getting repeat listenings recently: Charles Mackerras’s unparalleled recording with the Vienna Philharmonic of Janacek’s the Cunning Little Vixen, Arcade Fire’s magnificent Funeral and The Suburbs, Radu Lupu’s almost too-beautiful renditions of the late Brahms piano works, Rhiannon Giddens’ devastating second solo album, Freedom Highway, Gabriel Alegria, and the Afro-Peruvian Sextet’s awesome fusion of jazz and Afro-Peruvian on Pucusana. And tons of Shostakovich, because I’ll be conducting his Tenth Symphony at Kinhaven this summer so I’m in a deep dive into all his music.